It’s easy to want to dismiss Snapchat. There are already an overwhelming number of social platforms your business has to manage just to have a well rounded social presence. So naturally, the thought of introducing a 3rd, 4th, 5th or even 6th sounds like something you’ll just continue to procrastinate on until 2017?   I’m here to tell you that you’re making a mistake and underestimating the potential, you’re missing out by not creating content, building your community and engaging an audience on Snapchat. We consistently hear narratives around the importance of not talking about your product but developing a story around your brand. This allows your audience to connect with what you are selling and ultimately become a loyal fan and customer.
It’s not everyday that a platform comes along and changes the way we think about creating content, and sharing moments. I’ve outlined just 5 reasons you should stop procrastinating on storytelling through Snapchat and begin embracing this platform unique features.

1. Reach  Let’s talk numbers. This keeps things unbiased and objective. Snapchat has been one of the fastest growing social networks of the decade. Since it’s launch in 2011, it has grown to over 150+ million daily active users and it’s estimated that over 400 million snaps are exchanged each day. Their video product has skyrocketed with over 10 billion daily video views (Facebook has 8 billion daily video views). 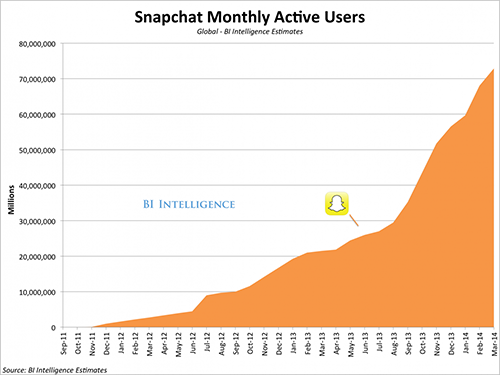 2. Immediacy  Have you even scrolled past a post on your feed or seen an article that caught your attention and immediately though, “oh I’ll just look at it later.” Well for most people, later becomes never primarily because later we are inundated with just the same amount of content to consume. A key differentiator with Snapchat is that content that is submitted to your “Story” expires after 24 hours. Although some may argue this is a disadvantage for the platform, I completely disagree. This counteracts the “later” mentality and encourages users to consume the content when they see knowing it will not be there later that week.

3. Creativity  Such a vague term usually used when describing an artist, designer or writer who has to think outside the box to convey their message or emotions. Creativity goes far beyond those stereotypical definitions and expands into the way we live our lives and express ourselves regardless of our professions or artistic abilities. When you are creating a Snap (Photo or Video max of 10 seconds) you’re able to layer a variety of different creative elements in order to enhance your content. Your toolbox includes : Text, Drawing Pen, Emojis, 3D Stickers, Video Filter, Color Filters, Geofilters, Facial Lenses, Face Swap. Storytelling takes on a new level of creativity and gives you permission to try new things every single time.

4. Engagement  When content feels native, authentic and human people are more likely to respond and feel a personal connection with the message being communicated. Snapchat’s medium of creating content in 10 second bursts of photos and videos allows users to keep their creations fun and informative without the pressures of making it perfect. A recent Business Insider Intelligence study found that “Snapchat is five times more effective than Twitter and 10 times more effective than LinkedIn at getting users to spend time on the platform on a per-user basis.”  In addition to its highly engaged user base, Snapchatters are spending an average of 25-30 minutes on the platform. This includes messaging their friends, consuming stories and brand Discover channels. 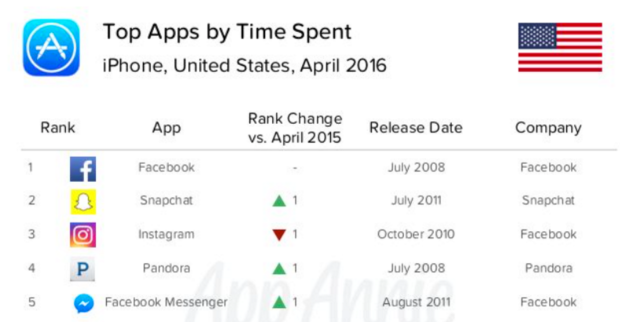 5. Keepin’ it Real  With all the Instagram filters, post-production tools and editing features it’s not often you come across content that hasn’t been produced, well except Snapchat. Since you are taking your photo or video directly on Snapchat and adding all of your creative within those 30 seconds, even if you’ve added a pretty flower lens or dog filter, you’re content feels authentic. We often hear, “Be authentic, humanize your brand.” Well there’s more than a few people not practicing what they preach with their over produced and edited content on the web. Luckily Snapchat has not only made Storytelling easy but also fun to do so without spending hours editing.

Of course, building an audience is never an easy task but passing up the opportunity to take advantage of storytelling on Snapchat would be a mistake in 2016. Snapchat has positioned itself in a unique place in the market by approaching the idea of content creation and storytelling from a new angle. The platform empowers you to authentically share your story in real time without the constant worry of having to produce perfection.

Who was in the room?